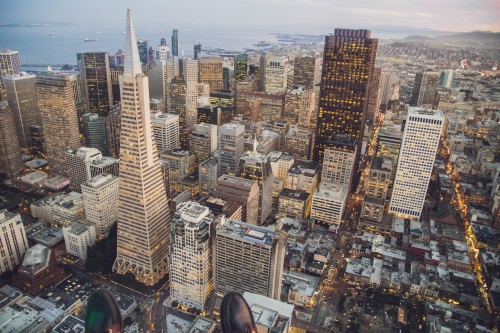 I’m kind of back to not liking living in San Francisco.

Part of my disenchantment is probably my fault. I arrived here with big dreams I’ve yet to see realized. For one, I thought I’d fall into a good group of friends. Instead, someone I considered a good friend ghosted on me. Though I have made a few good friends whom I am grateful for, they’re from disparate circles. My social life is unrecognizable to me.

I’ve been in San Francisco for two and a half years and I feel I am withdrawing. I don’t think I fit in here. I spend a lot more time alone than I did in my former life in Los Angeles.

This past year has been particularly isolating as America’s longstanding simmering racial tensions bubbled up to the surface with a vengeance, ignited by Michael Brown’s murder last summer. After which, conflicting emotions of hopeless grief and building fury alternately gnawed at me.

A few days ago I was at my local greeting card store picking up what seemed like stacks of birthday cards because I tend to befriend and befamily* a disproportionate number of Pisces/Aries/Taurus people (those born in March and April, for the non-astrology folks). As I approached the cash register to pay, I kind of hoped that I wouldn’t be helped out by the somewhat eccentric older woman with the Thelma Harper hair and with whom I’d had an off-putting encounter around the Christmas holidays.

Last night, my sister, my friend “Mercy” and I were on the bus returning from Oakland’s First Music Festival (a blast!). We were exhaustedly babbling, trying to figure out what to do for dinner (sleep sounded like a great option!) when a young guy behind us interjected:

Oh lord. Don’t let this be some lame line. I am too tired.

“Excuse me ladies, but I just have to tell you how refreshing it is to see three African-American women on this bus. On any bus here really.”

Damn my need to experience things for myself.

When I announced I was leaving Los Angeles and heading up to the Bay Area, a few people encouraged me to consider living in the East Bay.

[For those unfamiliar with the area, here’s a simple analogy. San Francisco is like Manhattan. It’s the flagship city of the area. Oakland is like Brooklyn, a sister city across the water, that is sometimes very underrated, a city ‘snooty’ residents of the flagship city wouldn’t consider even visiting, and one that has its diehard fans who will passionately defend it’s superiority. It’s affordability. It’s lack of pretentiousness. Both cities are experiencing a growing gentrification that dismay it’s original residents and is often attributed to the uptick in the overflow people who can’t afford to live in Manhattan or San Francisco. Then there are the other ‘boroughs’ like Berkeley and other surrounding small towns. ]

What Readers Are Saying